How To Certify Company Documents For Use Abroad

If you need to use a document issued in the U.S. (such as Articles of Incorporation) abroad, that document needs to be certified for foreign use, either by having an apostille affixed to it, or by certifying it at the embassy of the country where it will be used. Examples of such use are opening a bank account in the foreign country in the name of your U.S. company, registering your U.S. company with foreign government authorities, or even when proof of existence of a U.S. company is required to enter in to a contract abroad.

In all of the cases above an American document, even a copy certified for use in the U.S., will not be acceptable. An apostille must be attached to the U.S. document to authenticate that document for use in countries that are Hague Convention signatories, and embassy certification for countries that aren’t.

What Is an Apostille?

An apostille (french for certification) is a special seal applied by a government authority to certify that a document is a true copy of an original.

Documents destined for use in participating countries and their territories should be certified by one of the officials in the jurisdiction in which the document has been executed. With this certification by the Hague Convention Apostille, the document is entitled to recognition in the country of intended use, and no certification by the U.S. Department of State, Authentications Office or legalization by the embassy or consulate is required.

Note, while the apostille is an official certification that the document is a true copy of the original, it does not certify that the original document’s content is correct.

Who Can Get an Apostille?

Since October 15, 1981, the United States has been part of the 1961 Hague Convention abolishing the Requirement of Legalization for Foreign Public Documents. Anyone who needs to use a U.S. public document (such as Articles of Organization or Incorporation issued by a Secretary of State) in one of the Hague Convention countries may request and obtain an apostille for that specific country.

How to Get an Apostille?

Obtaining an apostille can be a complex process. In most American states, the process entails obtaining an original, certified copy of the document you seek to confirm with an apostille from the issuing agency and then forwarding it to a Secretary of State (or equivalent) of the state in question with a request for apostille.

In countries which are not signatories to the 1961 convention and do not recognize the apostille, a foreign public document must be legalized by a consular officer in the country which issued the document. In lieu of an apostille, documents in the U.S. usually will receive a Certificate of Authentication.

Legalization is usually accomplished by sending a certified copy of the document to U.S. Department of State in Washington, D.C., for authentication, and then legalizing the authenticated copy with the consular authority for the country where the document is intended to be used. 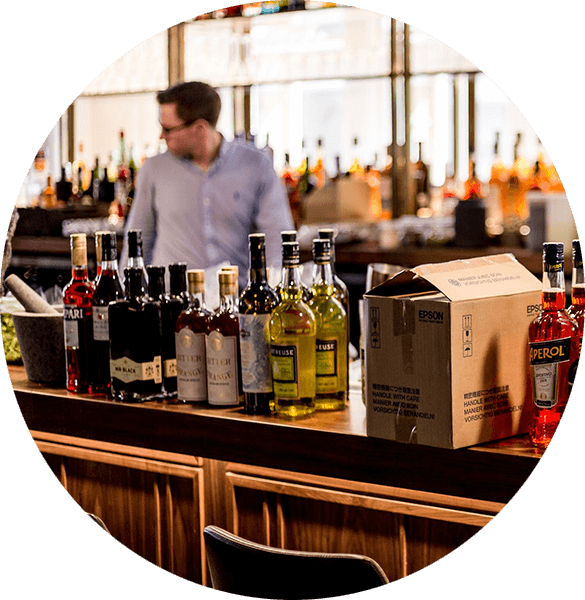 We will prepare and file your LLC application in a professional manner, all you need to do is complete our simple order form.

Our company offers professional business filing services that ensure your company documents and applications are accurately filed and in compliance.

Ready to Certify Your Company Documents for Foreign Use?

BUILD your Online Presence for Success!

Starting a new business? Let us use our decades of proven digital marketing expertise to help you create a successful online presence, a custom quality website, with online marketing you can trust.

We provide effective and proven, PPC, SEO, Email and Social Media advertising. No hidden fees, plus ongoing access to the team so you’re never in the dark.

Get the simple, powerful payroll you deserve.

Our firm recommends ADP because our clients get access to simple payroll and HR solutions that fit their business needs, backed by 24/7 expert support.

Gild Insurance is a nationally licensed, digital independent insurance agency serving the small commercial property and casualty market. Gild provides online quote-to-bind services, available 24/7/365 with the aid of Gildber, the first A.I. digital assistant focused on small business. Gild’s digital services offer the knowledge, personalization and trustworthiness of a local agent, available when business owners need it and how they want it.

At GP Solutions, we partner with Fortune 500 Financial Technology companies that have successfully helped businesses for over 16 years. We use advanced machine learning software that analyzes your overall personal and business credit profile.

The software creates financial strategies that will strengthen your personal and business credit profile.

Our strategies will help you get the capital funding you need!

Our team is here to help!

Allow me to introduce you to “Strategic Advisor Board”. SAB is an unprecedented collaboration of 10 experienced CEO’s and business strategists who are actively growing their own successful companies, but who come together to look at your business from every angle. With over two centuries of successful business experience the talent that SAB advisors bring to the table is second to none!

Get a Host that you can trust.

We recommend our clients to InMotion Hosting because they are an award-winning, reliable, and experienced Web Hosting Service provider.

Click on the logo above to receive access to discounts (up to 50%) for hosting services such as Business Hosting, VPS Hosting, Dedicated Servers, Reseller Hosting, and WordPress Hosting.

Thank you! We’ve received your request and will contact you soon
OK
Thank you!

Your payment was recorded in our system.
Once confirmed and processed our filing specialists will proceed with your order.
OK

Your payment has been declined. Possible reasons include:


(a) You made a typo in the card number, CCV code, expiration date, name or address;

(b) Your card balance is too low;

(c) Issuing bank has declined this transaction for some other reason related to your account.

Please check the information you entered, your card balance, or contact your bank. You can also try using a different card.
OK
We cannot find this order ID.
Please make sure this order ID is correct.
OK